Features
Download
VIO FIRMWARE 2.0 is the must-have upgrade for all speakers in the VIO series which bring countless advantages to all VIO users. Available now, for free.

More than a series, a family

VIO FIRMWARE 2.0 is the must-have upgrade for all speakers in the VIO series.
Since the first VIO releases a few years ago, dBTechnologies engaged in a constant dialogue with the worldwide, ever-growing community of VIO users. This allowed us to collect countless data, case studies, stories from the world of touring and sound integration, as well as invaluable contributions from top sound engineers.
This priceless feedback is the foundation for the development of VIO firmware 2.0, which is now available to bring countless advantages to all VIO users.
Redefining four essential aspects of each VIO cabinet (phase response, latency, frequency response, and sensitivity) Firmware 2.0 aims at increasing acoustic compatibility among all VIO speakers, and dramatically speeds up setup operations of combined VIO systems.

ALL VIO SOUNDS LIKE ONE. uniform phase response and latency

Thanks to firmware 2.0, every VIO cabinet makes the most of its onboard DSP featuring linear phase FIR filters, resulting in a perfectly consistent phase response when assembling various VIO products in one single setup. Moreover, the freshly designed DSP workflow brings all VIO systems’ phase responses to the same page. For example, the behavior of all VIO line arrays in the low-mid area has been standardized, to the great advantage of hybrid arrays coherence. Also, firmware 2.0 drives phase response uniformity across all VIO subwoofers, resulting not only in a more consistent performance of combined VIO subwoofer models but also in the smoothest coupling with any VIO top.

Firmware 2.0 standardizes latency across the entire VIO series, regardless of speaker type, acoustic loading or DSP build. This way, users don’t need to bother about the inherent latency of a single cabinet, and they will be able to align the PA very quickly, even by simply using a rangefinder to measure the distance between speakers.
Thanks to a perfectly identical latency, users also get a coherent sum out of a line-array or point-source speaker stacked on any VIO subwoofer, avoiding any additional processing or verification.

Firmware 2.0 uniforms the input sensitivity of every VIO speaker, enabling a precise, predictable, and consistent behavior of the limiters across the entire PA, from little front-fills or delay speakers, up to the main arrays, and it will be very easy for users to keep headroom under control.

Since the different VIO systems have come into existence at different moments over a considerable time frame, given the technological advances, and the precious market feedback, it was time for a refreshing of the voicing of some VIO cabinets. Firmware 2.0 operates on the frequency response of single cabinets to get a uniform and distinctive voicing in all VIO family.
One of the main focuses of this voicing update concerns the subwoofer series: in fact, Firmware 2.0 extends the low-end response of most subs and optimizes their overall performance, resulting in a tighter, fuller, and more precise sound reproduction.

FREE UPGRADE FOR ALL VIO USERS

All new VIO systems will be shipped with Firmware 2.0 by factory default setting.
VIO Firmware 2.0 is also available for free download for all VIO users.
Each VIO cabinet can be upgraded individually via USB cable or, alternatively, users will be able to update simultaneously all VIO cabinets connected via RDNet using the latest Aurora Net release (version 1.1 or later is necessary).
The upgrading process is intuitive and safe from any risk: in case of power loss or other failures, the speakers will automatically fold back to the previous release.

N.B. Speakers with Firmware 2.0 are not compatible with the ones installing previous firmware releases. Users must update all older VIO products (firmware 1.x) if they wish to deploy them together with products equipped with Firmware 2.0. 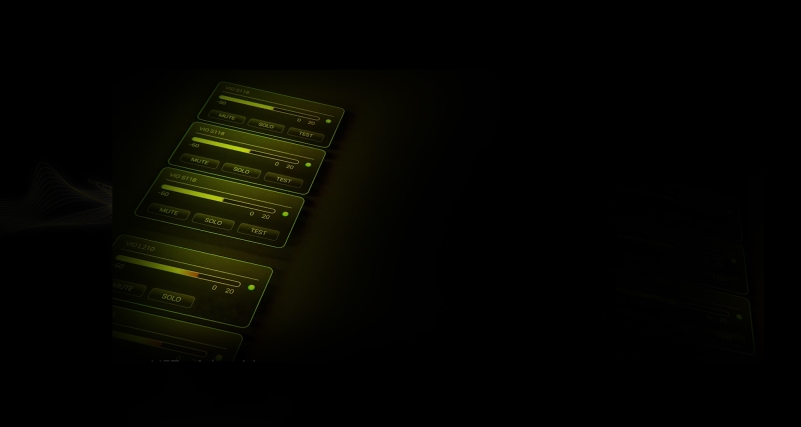